The amateur drama movement has always been strong in rural Ireland and, to a lesser extent, in the cities. In October 1952, representatives of regional drama festival groups met in Athlone to discuss plans for an All-Ireland Amateur Drama Festival during the 1953 An Tostal celebrations. These groups subsequently established the Amateur Drama Council of Ireland (ADCI) to run a ten-day competition of plays to be held in Athlone in the spring of 1953. In November 1952, ACDI instructed Cecil ffrench Salked, the  executive officer for An Tostal 1953, to apply to the Arts Council for a grant of £500.

A decade of support

On the 9 December 1952, at its tenth meeting, the Arts Council agreed to support the proposed All Ireland Festival by way of a guarantee against loss up to a maximum of £500. This decision resulted in  a decade of continued financial support for the festival and the Amateur Drama Council of Ireland. The festival rapidly developed from a ten-day event in 1953 to a 17-day event in 1960 with an average of 35 groups taking part each year. At the opening of the eighth festival on the 29 of April 1960, the Irish Independent reported: ‘Seven of the seventeen nights are completely booked out and almost 8,000 of the 9,700 seats reserved.’

It appears that many noted playwrights had their first staged productions on the circuit. Tom Murphy, before his professional breakthrough with Whistle in the Dark, had On the Outside (co-written with his friend Noel O’Donoghue) performed in amateur festivals. Certainly, the play which made the most impact on the amateur scene was Sive with which the Listowel Players ‘swept all before them’ in 1959. The play had been rejected by the Abbey but the national theatre did make amends by inviting the Listowel group to perform in the Queen’s Theatre (then the Abbey’s temporary home) for a sell-out week. This success was the catalyst for a shift in Arts Council’s policy towards amateur drama.

On the 15 of May 1960, the opening sentence of Mervyn Wall’s speech at the closing of the festival set the tone for changes to come: ’I am glad to be here, first to get a little grievance off my chest, secondly to give you some figures and thirdly to make a suggestion.’ He continued:

Well, this year’s Amateur Drama Festival of Ireland carries a guarantee from the Arts Council of £450 against loss, but I don’t see any acknowledgement in the programme, nor when I was there on the opening night of the festival, was there any mention of this financial assistance. I think it should have been mentioned somewhere.’ [...]  ’From 1952 to date, the Council have spent a sum of £7,287 in assisting amateur drama in Ireland. Of this sum, £3,154 went directly to the Amateur Drama Council of Ireland. In addition, the Council are committed to the expenditure of a further £1,070 to help amateur drama.’ [...] ’The time may have come for the amateur drama movement to become self-supporting and not seek further assistance from public funds. With something like seven hundred amateur dramatic societies in Ireland, it is obvious that the amateur drama movement has been very successful. There is a central body here in Athlone. Could not some form of insurance be worked out whereby an individual festival would be guaranteed against loss by the Amateur Drama Council of Ireland?

The new Arts Council Policy was later confirmed in writing to Brendan O’Brien, the long-serving Honorary Secretary of the Amateur Drama Council of Ireland: ’in order to redress the balance between art forms (30.6% of the Council’s expenditure on the arts had been spent on drama since the establishment of the Council), the Council decided to allot in future to drama, both professional and amateur, only 10% of the its annual outlay on the arts.’

In effect, it meant that from 1961 onward, the Arts Council would ‘give no financial assistance to amateur dramatic activity other than to courses for producers, actors and playwrights, and by way of assistance towards lighting.’ 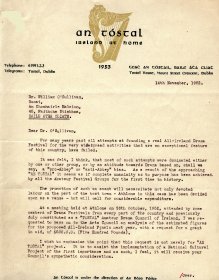 Letter from An Tóstal to William O'Sullivan, Secretary of the Arts Council. (Page 1 of 2) 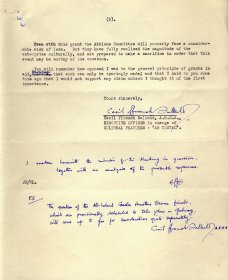 Letter from An Tóstal to William O'Sullivan, Secretary of the Arts Council. (Page 2) 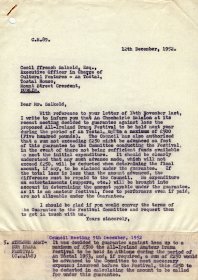 Letter to Cecil Ffrench Salkeld of An Tóstal from William O'Sullivan, Secretary of the Arts Council. (Page 1 of 2) 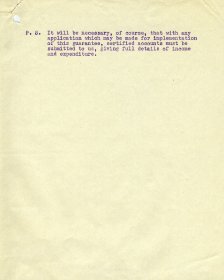 Letter to Cecil Ffrench Salkeld of An Tóstal from William O'Sullivan, Secretary of the Arts Council. (Page 2) 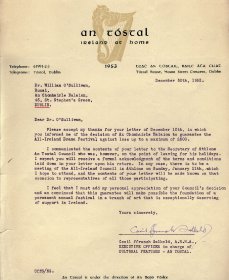 Letter from Cecil Ffrench Salkeld, An Tóstal to William O'Sullivan, Secretary of the Arts Council. 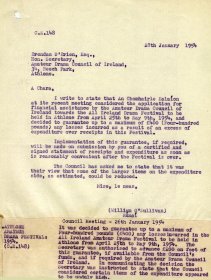 Letter to Brendan O'Brien from William O'Sullivan, Secretary of the Arts Council, including minute of Council meeting of 26 January 1954. 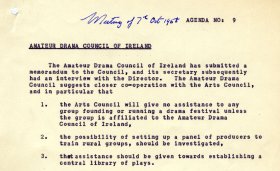 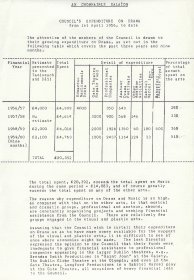 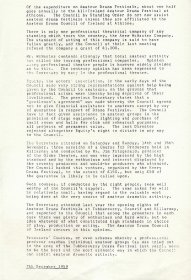 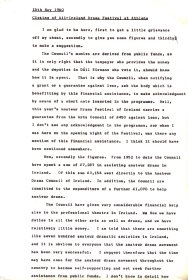 Draft of speech given by Mervyn Wall, Secretary of the Arts Council, at the closing of the All Ireland Drama Festival at Athlone (Page 1 of 2) 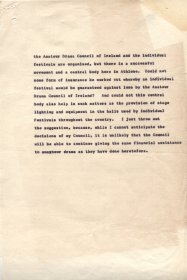 Draft of speech given by Mervyn Wall, Secretary of the Arts Council at the closing of the All Ireland Drama Festival at Athlone (Page 2) 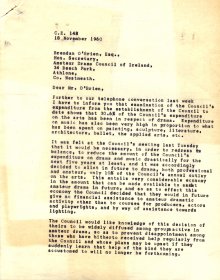 Letter to Brendan O'Brien, Amateur Drama Council of Ireland, from Mervyn Wall, Secretary of the Arts Council (Page 1 of 2) 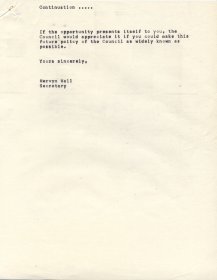 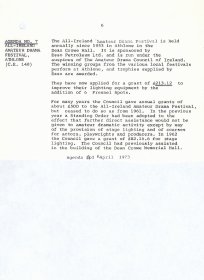 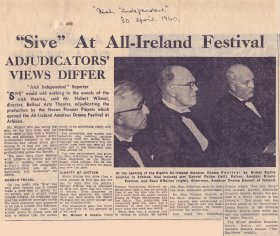 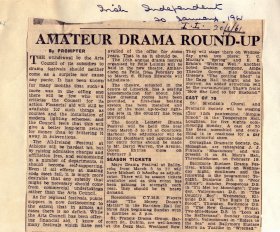 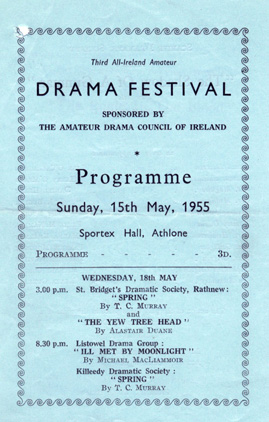 Cover of All Ireland Amateur Drama Festival Programme May 1955

Does the Festival bring many people to Athlone? ........ I don’t say that you have flocks of jet planes landing here, but people do drive fantastic distances to come to the festival. We have them from all over the West, and from Derry, Donegal, Down, Cork and even from Ballingskelligs. 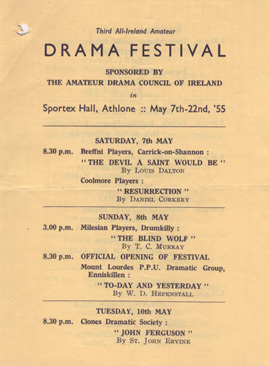 Cover of All Ireland Drama Festival Programme May 1955