Cuimhneachán 1916: the 50th anniversary of the Easter Rising

In March 1965, Cuimhneachán 1916, a committee set up by the Government to organise ceremonies for the fiftieth anniversary of the Easter Rising, sought the advice of the Arts Council on various proposals to commemorate the event:

In their reply, the Arts Council approved of the inclusion of the exhibition of books relating to the Republican movement and advised the committee to commission one of the following artists, Oisin Kelly, Gerda Fromel, Werner Schurman or Micheal Biggs, for the special commemorative medal. The Council also informed the committee that they were willing to organise a competition for the design of badges and ‘meet from their funds the cost of organising it, including advertising’. This suggestion was accepted by the committee who asked the Arts Council to proceed with the competition. The competition and prizes were advertised in the press, in August 1965:

A first prize of £100, a second prize of £50, a third prize of £25 and subsidiary prizes of £10 to other competitors whose work is recommended by the judges.

43 competitors submitted their designs of badges to the Arts Council by the closing date of 15 October 1965. They were subsequently examined by the adjudicators of the competition, Director Father Donal O’Sullivan and Council members Michael Scott and Dr  C.S. Andrews.

On the 28 October 1965, the Arts Council informed the committee of the judges’ decision:

The general standard was poor, and they were firmly of the opinion that they could not recommend any of the designs for a prize. [… ] Your Committee should directly commission an artist to design a badge and they have suggested the following artists for your consideration, Oisin Kelly, Louis Le Brocquy, Patrick Scott or Gerda Fromel.

However, a design by Una Watters entitled An Claiomh Solasis No.1 deemed ‘the best of a bad lot’ by the judges, was subsequently accepted by the committee.

Letter from Mervyn Wall, Secretary of the Arts Council to Piaras Mac Lochlainn.

Letter from Mervyn Wall, Secretary of the Arts Council to Piaras Mac Lochlainn. (Page 1 of 2)

Guidelines of competition for the design of a badge to mark the fiftieth anniversary of the Rising.

Letter from Mervyn Wall, Secretary of the Arts Council to Piaras MacLochlainn, Office of Public Works.

Brochure 'Cuimhneachán 1916. Comórtas Liteartha, Ceoil agus Ealaíon', outlining conditions and regulations for a series of competitions for works to commemorate the 1916 Rising. (Front cover / page 1 of 10)

Conditions and general regulations (Page 2 of 10) 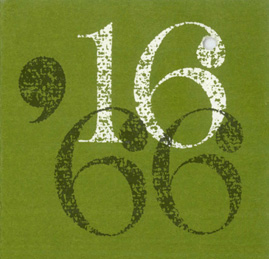