The Director was a member of the Dáil, Mr Patrick J Little, TD, and the Secretary, Dr William O’Sullivan, was on the staff of the National Museum of Ireland (the Government had made him available to the Council for a period of three months).

Five of the six members were present – Dr Chester Beatty having sent apologies:

The business of the meeting was mainly ‘house-keeping’ e.g. opening a bank account, signing cheques, subheads of expenditure etc. Pending the appointment of a permanent shorthand typist, it was decided to pay two shillings and six pence per hour, as requested, to a temporary typist. Four new members were nominated for co-option. Senator Edward A. McGuire (a well known collector and connoisseur); Miss Muriel Gahan, (Chairman of the Irish Homespun Society); Professor Seamus O’ Duilearga (Professor of Irish Folklore in University College, Dublin);  and Professor Daniel Corkery (formerly Professor of English Language and Literature in University College Cork).

No grants were awarded from the Government allocation of £10,000.

The second meeting on 25 January was ceremonial as it was attended by the Taoiseach, Eamon de Valera TD and Leader of the Opposition, John A. Costello SC TD, both of whom addressed the members.

At the third meeting on 5 February a number of advisory panels (Literature, Music, Drama) were formed.  No member of the Council was on any panel.  Famous names proposed included Hilton Edwards, Lord Longford and Professor Aloys Fleischmann.  There were seven applications for funding support – six were deferred ‘for further consideration’ while the first refusal was for the establishment of an Irish Theatrical and Film Academy in Youghal, County Cork.

At the fourth meeting on 25 March, the very first Arts Council grant was sanctioned.  £500 was awarded to Irish PEN, Dublin Centre for an International Congress to be held in Dublin in June 1953.

Letter from Department of External Affairs to the Arts Council

Letter from PEN to the Arts Council (page 1 of 2)

Letter from PEN to the Arts Council (page 2)

Letter from the Arts Council to PEN with Council minute on Irish P.E.N.

Letter from PEN to the Arts Council

Letter from PEN to the Arts Council

A copy of the first Arts Act,1951 signed by members of the Arts Council, the Taoiseach, Éamon de Valera, and Leader of the Opposition, John A Costello. 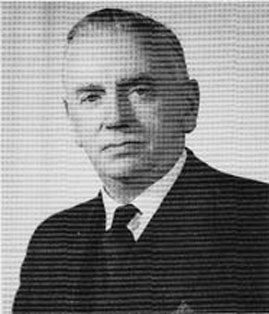 We live in an atmosphere of materialism …Lord Keynes fully realised that the arts are as important  as economics to the social system and that starvation of the arts was bad economy. The amount so spent is infinitesimal compared to the great value received.