In November 1962, Patrick Hickey, one of the founders of the newly established Graphic Studio Dublin, approached the Arts Council with a proposal for

an exhibition devoting itself entirely to graphic work, run concurrently with the main Living Art exhibition in August.

The highest standards in graphic art

In relation to which artists might be considered for the the exhibition ‘it was generally thought that the country which had the very highest standards in Graphic Art might be considered – Japan.’  The event was advertised via a circular sent to 500 artists and the scope of the exhibition was agreed: ‘approximately 80 recent works by Irish artists/ 20 works by living Japanese artists’. Professor Richard Guyatt, School of Graphic Design, from the London Royal College of Art, was invited to act as a member of the committee.

I have written to William Scott inviting him also to act as a member; in the event of his refusal I shall then try John Piper and failing him, Francis Bacon.

William Scott later declined the offer and the director decided not to proceed with further co-options.

Meanwhile, the Japanese Embassy in Dublin facilitated the selection and delivery of works from Japan. In May, the Arts Council received 14 prints from the collection of Ryoko Ishikawa, former Head of Cultural Affairs in the Ministry of Foreign Affairs in Tokyo. A second consignment consisting of a further 20 prints arrived in Dublin a few weeks later.

In May, a second circular was issued inviting artists to submit no more than four works by the 1 June 1964. 121 Irish artists submitted pieces to the committee. Fifty-three artists were finally selected at the end of a two-day process with Professor Guyatt making the final selection. Selected artists included: Barrie Cooke, Louis Le Brocquy, John Behan, Brian Bourke, Anne Hadden and Norah McGuinness.

The exhibition was officially opened on Wednesday 1 July 1964 by Council member R.R. Figgis and continued until 31 July. A total of 10,233 visitors attended the exhibition over four weeks. Two lectures were given, one by Patrick Hickey and the other by James White, and over 1,500 catalogues were printed.  The exhibition  cost £650 to mount and sales, which were handled by the Council, amounted to £491. The Council purchased works for their own collection to the value of £142.

Call for submissions for exhibition of graphic art.

Letter from Nano Reid to the Arts Council requesting application form to make a submission. [Letter reproduced courtesy of the estate of Nano Reid]

Further announcement re the exhibition of graphic art by the Arts Council following the initial call for submissions.

Letter from Richard Guyatt of the Royal College of Art to Speer Ogle, the Arts Council.

List of artists who submitted works to the exhibition of Graphic Art 1964. (Page 1 of 2)

List of artists who submitted works to the exhibition of Graphic Art 1964. (Page 2)

Letter from Speer Ogle, the Arts Council to Ryoko Ishikawa, Embassy of Japan. (Page 1 of 3)

Letter from Speer Ogle, the Arts Council to Ryoko Ishikawa, Embassy of Japan. (Page 2 of 3) 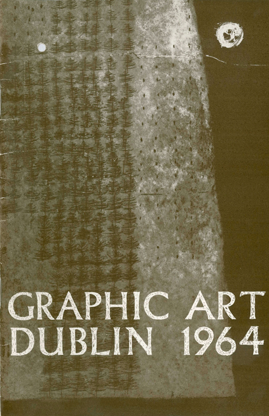 Since the year 1958 there has been great progress in the arts in this country and in one particular feature at any rate – the production of prints which has been started by our Graphic Studio – much new ground has been broken.