The Venice Biennale included an Irish presence for the first time in 1950 with an exhibition of paintings by Nora McGuinness and Nano Reid – selected by the then Director of the National Gallery, Dr George Furlong. In 1952, an exhibition of Jack B.Yeats paintings was arranged but disagreements arose concerning the number of rooms to be put at Yeats disposal. As a result, Ireland did not participate and the authorities in Venice advised that Ireland would never again be invited. However, this changed in 1956 when Ireland was able to show paintings by Louis le Brocquy and sculptures by Hilary Heron. The painting, A Family, by Louis le Brocquy was awarded the prestigious Prealpina Prize.

In the months prior to the opening of the XXIX Venice Biennale in 1958, the Arts Council was once again committed to securing Irish participation with an exhibition of paintings by Jack B.Yeats.

Initial contacts with the authorities in Venice had been led by the art critic James White who organised Irish participation in 1956. Gian Alberto Dell’Acqua, the General Secretary of the Biennale said that rooms could no longer be allotted to countries like Ireland due to a lack of space. The Council continued its efforts during March and April 1958 to ensure an Irish presence, engaging in active representations and asking for the intervention of the Irish Ambassador in Rome, the Council of Europe in Strasbourg and the Italian Legation in Dublin.

Nonetheless, by the 16 April 1958, the Council had to abandon the idea of sponsoring Irish representation in the XXIX Biennale. This was on account of the short timeframe and the fact that the artist selected Jack B. Yeats had died and the work of a deceased painter would not be accepted by the Biennale authorities.

Memorandum to Seán O'Faoláin from James White re Venice Biennale 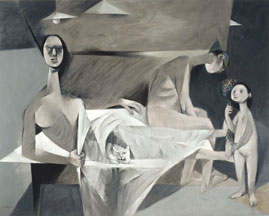 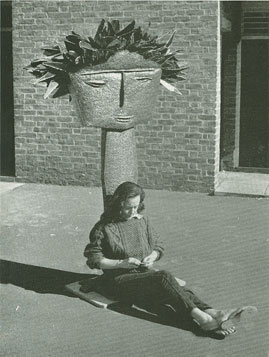 In 1952 I was informed that there was to be a show of Yeats’ work. Subsequently it transpired that disagreement had arisen concerning the amount of rooms to be put at Yeats’ disposal. I was asked to interview Yeats and seek his agreement but was unsuccessful. Result Ireland did not participate and as a result the authorities at Venice advised me that Ireland would never again be invited.