Hugh Lane and his pictures: the campaign to return the Lane pictures

On the 6 January 1955, a meeting took place in the Taoiseach’s office between the Taoiseach, Mr John A. Costello; Dr Thomas Bodkin (whose appointment as the official consultant to the Arts Council had just been approved by the Taoiseach); the Director of the Arts Council, Mr Patrick J. Little; Council Member, Senator Edward A. McGuire; and the Secretary of the Council, Dr William O’Sullivan.

At the end of the meeting, the subject of the Lane Pictures was discussed. The controversy over the return of the thirty-nine pictures to Ireland was no nearer to being resolved.

In 1908, Sir Hugh Lane (1875–1915), art dealer, collector and Director of the National Gallery of Ireland, had offered 39 paintings from his modern collection to the Dublin municipal authorities provided that a modern art gallery was built to house the paintings. There was little support for Lane’s plan.  In frustration, he withdrew his offer in 1914 and, instead, bequeathed the paintings to the Trustees of the National Gallery, London.  In February 1915, he changed his mind again and in a codicil to his will restored the collection to Dublin.  No witnesses signed the codicil and controversy began following the death of Lane in the Lusitania disaster.  The case was simple enough. The paintings belonged legally to the Trustees of the National Gallery, London, but there was a strong moral argument that Lane had intended to leave them to Dublin.  The Irish Government took up the case as a high profile example of British injustice.

Brian P Kennedy, Dreams and Responsibilities – The State and the Arts in Independent Ireland

During the autumn of 1954, an amendment to the National Gallery and Tate Gallery Bill to secure the return of the Lane Pictures to the Municipal Gallery Dublin had been defeated in the British parliament.  In this context, Dr Bodkin proposed to write an epilogue to his book Hugh Lane and His Pictures so as to bring all relevant material up-to-date since the second edition published in 1934. The Taoiseach and the participants in the discussions favoured this suggestion and at the Council’s January meeting, it was decided to undertake the publication of the new edition. This decision preceded a letter written by John A. Costello sent to P.J. Little on the 4 February 1955 reminding the Arts Council to consider the re-issue of the book.

On the 10 February 1955, Dr Bodkin confirmed to Dr O’Sullivan: ‘I am prepared, as the Council suggests, to do an additional preface and to substitute for the appendix in the second edition a new chapter bringing the story up to date and consisting of about 6,000 words. The rest of the text of the second edition could stand without alteration’.

By the 15 April 1955, the revision had been completed and a copy of the new text sent to the Taoiseach for his views. The typescript was also sent to P.J. Little with the following note: ‘I hope you will approve of these. If so, the book should now be ready to go to press and I think it would be desirable to get it as soon as possible, seeing that the Lane picture controversy is likely to be raised again before long in the British Parliament’.

As it turned out, the new edition was not close to being published. Despite the Stationery Office’s early involvement in its production, a series of difficulties hampered the process:

‘It is a deep disappointment to me that the book has taken so long to produce – over a year – and I cannot understand why the Arts Council, when they envisaged that delay, could not have taken steps to get it printed elsewhere. I am also surprised and concerned at the incredible delay that has taken place in procuring a print from the plate of Mr. Collie’s pictures. It seems to me that a service of that sort could have been provided more promptly in the city of Timbuctoo than in our own capital.’

The Arts Council arranged to send a copy to every Member of Parliament as well as influential people outside Westminster in accordance with a list supplied by the Department of the Taoiseach. Each copy of the book was accompanied by a facsimile of a letter in the Taoiseach’s handwriting.

Liaising with the Stationery Office, Dr Bodkin and the Taoiseach’s office, the Secretary of the Council, Dr William O’Sullivan worked tirelessly in bringing this venture about. He was particularly instrumental in following on with the technical specifications of the book as well as providing meticulous comments and corrections to the text. In Dr Bodkin’s words ‘The government intended to make a big splash with the book for the purpose of creating propaganda for the return of the pictures to Dublin.

An agreement was finally reached in 1959 whereby half of the pictures would be lent and shown in Dublin every five years. In 1993 it was varied so that 31 of the 39 paintings would stay in Ireland. The remaining 8 were divided into 2 groups, so that 4 would be lent for 6 years at a time to Dublin. These 8 include works by Manet, Monet, Pissaro, Renoir, Morisot, Vuillard and Degas. In 2008, the National Gallery in London arranged for the entire collection to be on display in Dublin together for the first time.

That happy result could not have come about without the Arts Council’s activities and I hope that fact will be recognised widely when the pictures come to Dublin. There is no doubt that the distribution of the book which they sponsored, to Peers and Members of Parliament, brought about the changed atmosphere which resulted in the cordial reception given to the Prime Minister’s statement

Audio clip: Adobe Flash Player (version 9 or above) is required to play this audio clip. Download the latest version here. You also need to have JavaScript enabled in your browser.

Letter from the Taoiseach, John A. Costello, to the Arts Council

Weekly Bulletin of the Department of External Affairs: Cover (page 1 of 6)

Weekly Bulletin of the Department of External Affairs: (page 4 of 6 )

Weekly Bulletin of the Department of External Affairs: (page 5 of 6)

Weekly Bulletin of the Department of External Affairs: (page 6)

Copy of handwritten insert by the Taoiseach John A. Costello for the third edition of 'Hugh Lane and his pictures'

Letter to the Arts Council from Department of the Taoiseach 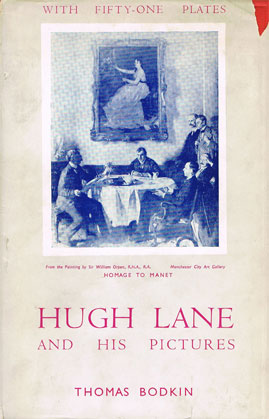 The government intended to make a big splash with the book for the purpose of creating propaganda for the return of the pictures to Dublin. 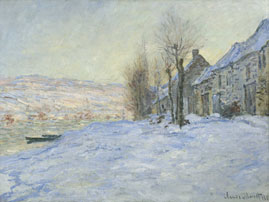 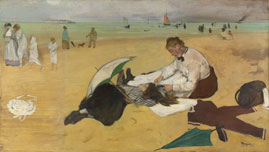