The 1960s are generally recognised as a decade of significant economic, social and cultural change in Ireland. Television, perhaps the most significant cultural change agent in twentieth-century Ireland, arrived in 1961. The coming of free second-level education in 1967 was another significant factor of cultural transformation seeded in this decade, although its full cultural impact would not be felt for at least another decade.

But times of change are also ones of continuity, and in the 1960s the Arts Council very much belonged to the continuity side of the equation, as most strikingly reflected in its composition and leadership. The Council dropped its only female member (Muriel Gahan) in 1961 and replaced her with a man; a woman would not grace the Arts Council again until Maire de Paor’s appointment in 1973. Turnover of membership was sluggish. Only nine new, all-male members were appointed during the entire decade, mirroring the previous decade when only eight new members were added to replace retiring members of the founding  Council. The  average age of the 1960s appointees was 54. [1]

From our more secular perspective in the early twenty-first century, the fact that the Arts Council was directed for over a decade by two priests in succession, Monsignor Padraig de Brún (1959-60) and Father Donal O’Sullivan (1960-73), now seems remarkable. Insofar as the Arts Council itself was a pillar of the establishment, the fact that it was overseen by representatives of the mightiest pillar of all, the Catholic Church, compounds the impression of an institution that was filled with ‘the great and the good’ and guided by a largely conservative cultural ethos.

Council policy was driven by the predilections of its strongest personalities, amongst whom must be counted its Secretary throughout these years, the novelist Mervyn Wall. As a distinguished writer in his own right, Wall showed particular concern for professional writers and artists. It was Wall’s personal intervention with the Calouste Gulbenkian Foundation in London on behalf of the financially-troubled Dolmen Press in 1963 that secured a loan of £3,000 to help keep the Press in business. In 1960, speaking in a ‘personal capacity’, Wall deplored the building of a row of bungalows on the shores of Lough Leane in Killarney, and suggested that the government should introduce legislation to preserve beauty spots. A public debate ensued. In the absence of a sister agency responsible for heritage and environmental issues, the Arts Council continued through the sixties to advise on such matters. Heritage issues could be more troublesome for the Council than arts-related matters. In 1967 Council member Terence de Vere White resigned in protest at the Council’s failure to provide leadership in the efforts to preserve Georgian Dublin.

It would not be overly harsh to describe the Arts Council in the 1960s as a clubbable group of men who made decisions on a case-by-case basis concerning the distribution of a relatively small annual fund, which stood at £20,000 in 1960 and rose modestly to £70,000 by the end of the decade.

Among the cases presented here you will search hard for anything like decisions informed by strategic policy or planning, or transparent principles governing the allocation of funds. Arts Council decisions were strongly correlated with the personal tastes and aesthetic preferences of its members. This could result in some unconsciously elitist initiatives. When the Council set up a  scheme in 1960 to part-fund the display of works of art in Irish hotels, members of the Council do not appear to have considered this a somewhat exclusive way of propagating Irish art to the privileged minority of Irish people who at that time could afford to frequent hotels.

The commemorative medals for 1966 is a good example of the Council operating in its generally understood role as arbiter of questions of public taste. This is not to say that there were not isolated examples of policy initiative, some quite enlightened. In 1966, for example, the Arts Act, 1951 (Additional Function) Order empowered the Council to establish and administer a fund from which annuities could be paid to creative artists of advanced years or who by reason of illness or ill-health were unable to fend for themselves. Once again, Mervyn Wall was a key figure in establishing the fund, called Coiste Comcille, which can be seen as a forerunner of Aosdana (1981).

Throughout the sixties the Council’s funding judgments came to be closely identified with the tastes of its Director, Father O’Sullivan, and his closest Council ally, Michael Scott. In December 1961 the Council authorised the building of an Arts Council Collection of modern art works. The task of selecting the paintings was initially delegated to a sub-committee. However, in September 1964 the Council authorised the Director to select pieces at his discretion, advised by other members of the Council as he saw fit. To be fair to O’Sullivan, his tastes in art were exceptionally liberal for a Catholic cleric. Though renowned for his somewhat narrow enthusiasm for abstract expressionist painting, The Irish Times praised him in 1965 for his introduction to an exhibition of Francis Bacon’s work. ‘Here was a Jesuit Father,’ the paper editorialised, ‘recommending to the public the paintings of a man who stands in his art for everything that…his Church has resisted.’

Towards the end of the decade, the Council came in for increasing criticism from younger—particularly visual—artists. In 1968 John Behan of the Independent Artists Association accused the Council of funding decisions driven by narrow geographical prejudice: he alleged that it spent only on Irish artists who came not simply from Dublin, but from its southside! Fellow-painter James McKenna called for the abolition of the Council in its current form, complaining that O’Sullivan and Michael Scott were the main culprits in promoting a skewed arts policy, according to which the Council had only bought about five works by members of the Independent Artists Association over its eight years of existence. Though he regarded some of these criticisms as outlandish, art critic Brian Fallon nevertheless agreed that the Council’s buying policy appeared ‘arbitrary and exclusive to the point of cliqueishness’, and excessively skewed in favour of abstract art ‘because it is abstract’.

Though it is clear that the Arts Council had been campaigning from the start of the decade for a measure of tax relief for artists, it is not clear to what extent Charles Haughey was influenced by such representations when he introduced such measures in the Finance Bill for 1969. As he was to show in subsequent years as Taoiseach, Mr Haughey was prone to take decisions on matters of culture independently of the Arts Council. Indeed, in October 1969, without consulting the Council, he announced a direct subsidy for the Gate Theatre intended as a ‘temporary measure’ pending the Council’s reorganisation.

In 1968 the Council’s most forthright critic of the era, The Irish Times’s Charles Acton, provided a stern review of its performance to-date. Operationally, he believed it had ‘muddled up administration and execution, amateurism and professionalism’. It was more ‘a chequebook than a Council’. He accused it of lacking initiative, of having retreated into its shell, and of having become ‘an agency for buying paintings in competition with the public’. In music he saw it as wedded to the ‘disastrous’ policy of deficit grants. He saw little future in ‘well-intentioned amateurs’ who meet infrequently doing anything of real worth unless backed up by ‘adequate administration’. Future councils, he felt, should be ‘policy-making and not clogged up with day-to-day decisions’.

Many of these criticisms were intimations of a growing pressure for change that would be taken on board early in the following decade when a transformation of structures and staffing was ushered in on the back of the Arts Act of 1973. 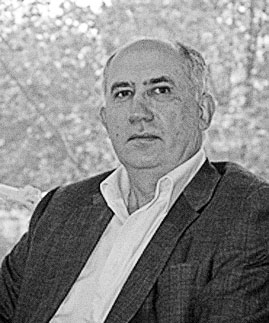